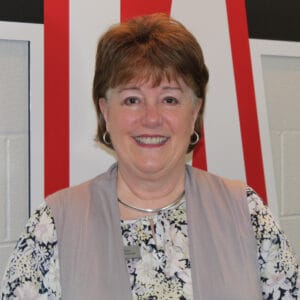 Contact Jan Culver by email using the form below:

After teaching calculus and government part-time, Jan joined the staff full-time in the fall of 1989 teaching calculus, computer applications, and elementary computer with only nine computers and no Internet. Over the past 33 years and under Jan’s guidance, Fayette Academy has added individual division labs with 24 computers each and a Media Center. In 2005, Jan became the Technology Coordinator overseeing all technology and computer devices. In 2015, Jan was named Technology Director for FA and oversaw the transition to an Apple 1:1 school and now she manages more than 600 devices in use with Wideband Internet, wifi, overhead projector, and Apple TVs.